The Flourishing Art Scene in the Middle East

One of the most major developments taking place in the Middle East is at Abu Dhabi’s, Saadiyat Island. Built at a cost of $1 billion the Louvre Museum in Abu Dhabi is expected to draw attention from around the world. The museum will be an architectural beauty with Pritzker Prize-winning architect Jean Nouvel entrusted to design the structure and is slated to commence operations in late 2016.

Expected to be the largest Guggenheim museum in the world the Guggenheim museum, Abu Dhabi is expected to be completed by 2017. It will share space with the Louvre museum on Saadiyat Island and has been designed by Pritzker prize winning architect Frank Gehry. Spread over a 450,000 square feet area, the Guggenheim is slated to showcase the finest collection of contemporary art from the 1960’s onwards. Built on a budget of $800 million the design incorporates sustainable elements such as natural cooling and ventilation of covered courtyards inspired by traditional wind towers found all around the Middle East. 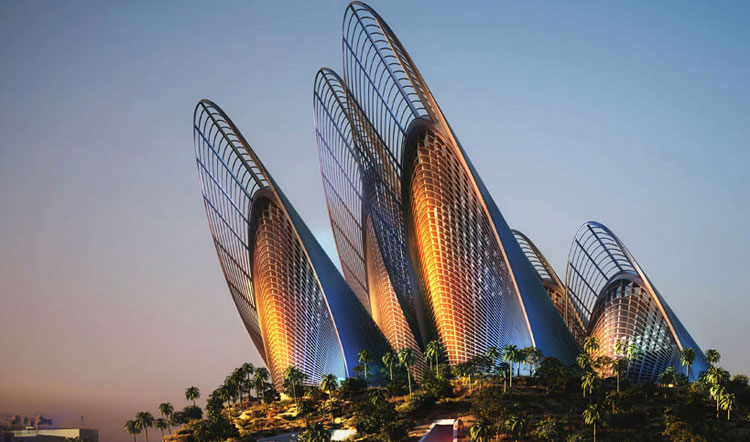 Built on the same island of Saadiyat cultural district the Zayed National Museum celebrates the life and times of its past ruler also considered the father of UAE, Sheikh Zayed. The museum is expected to present to the world the different aspects of the ruler’s life alongside information on the history and culture prevalent in the UAE. Visitors to the museum will be able to view photographs, national treasures, key documents and personal effects belonging to the late ruler. The museum is designed by Norman Foster with the British Museum as consultant and is expected to open its doors in 2016.

Designed by renowned Chinese-American architect I.M.Pei, the Museum of islamic art has turned out to be a must see tourist attraction for visitors visiting Qatar’s capital city, Doha. The museum has been built on a manmade island, off the city’s waterfront and houses some of the most exquisite art and artefacts spanning 14 centuries. 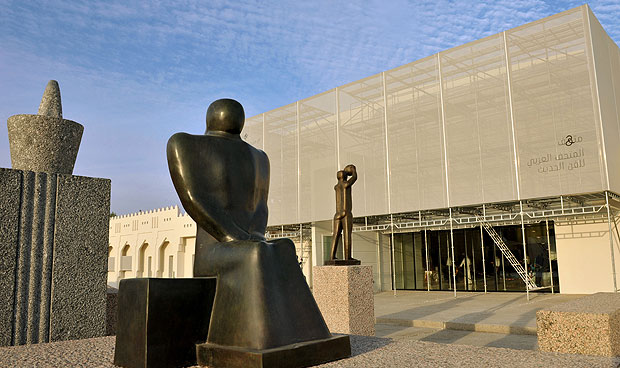 The Arab Museum of Modern Art founded in 2010 was built by renovating an old school building. The Museum co-owned by Qatar Museums and Qatar foundation has on display 9,000 works making it the world’s largest collection of its kind. The museum presents an Arab perspective on modern and contemporary art. The 59,000 square feet museum presents to the world the major trends starting from the 1840’s to the present.

Scheduled to open in 2016, The King Abdulaziz Center for culture is inspired by history as it is being built on the same ground in Dhahran, where oil was first developed for commercial export. The center is expected to house libraries, museums, multimedia venues and a lot more. The building has been designed by Snohetta, a Norwegian firm. Following the standards set by LEED’s (Leadership in Energy and Environmental Design) the building has tried to ensure that it stays environment friendly for years to come.

With nations in the Middle East expressing vision and commitment towards developing the art scene in their respective countries by building state of the art museums, artists can expect a level playing ground compared to their western counterparts as they get the much required exposure. On the other hand the development of unique infrastructure to encourage art and culture will not only help increase the interest and awareness about Middle Eastern art and culture globally, but will also boost tourism in the region.

Until next time,
The Big Boys Toys

Please fill in the below form